Trinity English Lutheran congregation was founded on November 18, 1918. Requesting their release from their German-speaking mother congregation, St. Paul Lutheran Church in Hammond, we established a daughter whose ministry would be to proclaim the Gospel of Jesus Christ and administer the Sacraments entirely in the English language.

The first public worship service was held on March 2, 1919, with Rev. Henry Mackensen serving as Trinity’s first pastor. In August, 1919, the congregation purchased land for a church site at Park Place and Waltham Street. A brick chapel was erected and dedicated on April 24, 1921. Pastor Mackensen resigned due to ill health, and the Rev. Henry Nuoffer was installed as Trinity’s second pastor in 1923. Soon, a parsonage was purchased at 9 Elizabeth Street in 1926.

In 1941, Pastor Nuoffer accepted a call to organize a mission in Los Angeles. After a six month vacancy, the Rev. J.W. Acker was installed as Trinity’s third pastor on November 9, 1941. Pastor Acker was to serve Trinity for 32 years. On the occasion of its 25th Anniversary, Trinity renovated the interior of the church, dedicating a new altar, pulpit, and communion rail. More land was also acquired on Waltham Street for parking. However, in 1950, 6.8 acres of land was purchased at 172nd Street and Hohman Avenue.  Trinity built a new church building on the acquired site, and the dedication took place on the occasion of Trinity’s 35th Anniversary, November 15, 1953. Land for a parsonage at the northeast corner of 173rd Street and Hohman Avenue was obtained, and a new home for the pastor’s family was dedicated on February 7, 1960.

In the interim between 1960 and 1985, Trinity obtained the assistance of additional called workers to carry out its ministry–two assistant pastors, three deaconesses, and three Directors of Christian Education. On August 4, 1968, Trinity dedicated its Parish Center, built to match the church building. This addition to the facilities added church offices and classrooms,  a lower parish hall and a full size gymnasium/auditorium.

With the new Parish Center available, Trinity Lutheran Pre-School was established that same year. The pre-school served the community for many years, proclaiming the Gospel to the next generation.

Rev. Karl Davies accepted Trinity’s call in 1980 after a short vacancy, and was installed as Trinity’s sixth pastor. Pastor Davies served Trinity as pastor until he retired in June of 2011. During his tenure, Trinity celebrated her 75th Anniversary which involved a remodeling of the sanctuary and the contruction of a new free standing altar.

After Pastor Davies retirement,  Rev. Karl A. Frincke from Fort Wayne, Indiana was called to serve Trinity as our Interim Pastor. Pastor Frincke served Trinity until December 30, 2012. During Pastor Frincke time with Trinity we took some time to asses ourselves, our situation and to learn about ourselves in preparation for the mission God had assigned to us in Hammond, Indiana. Soon after Rev. Kevin R. Olson accepted the call to Trinity in May of 2013 and was installed as the seventh Pastor of Trinity on June 2, 2013 and served faithfully until he took a call to another congregation in August 2018.

Trinity celebrated a 100 Years of sharing God's Word in 2018 with events throughout the year culminating in a special November service with guest speaker, Rev. Dale Meyer, President of Concordia Seminary and former Lutheran Hour Speaker.

Rev. Patrick M. Gumz accepted the call to Trinity in December of 2018 and was installed as the Pastor of Trinity on February 3, 2019 and is currently serving Trinity in her Word and Sacrament ministry to the Hammond community. 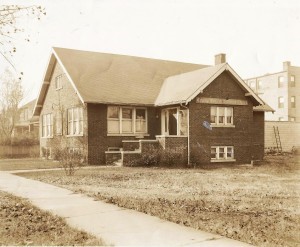 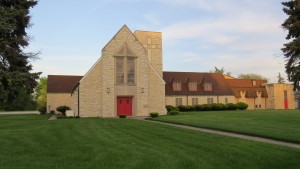